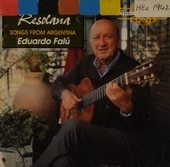 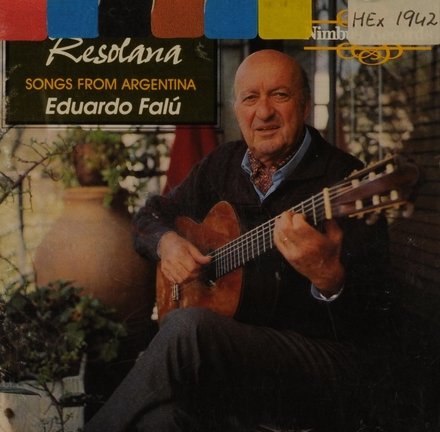 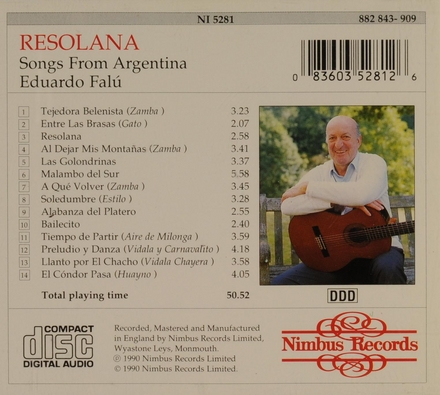 Eduardo Falú was born in El Galpón, a village near San José de Metán in the province of Salta, in 1923. His parents, Fada and Juan Falú, were Syrian immigrants. Raised in rural surroundings, he was strongly influenced by the folk traditions of Salta (which remain, in Falú's words, "something lively, dynamic and evolutionary").

Falú was given his first guitar as a gift during childhood, and he began to perform traditional folk tunes of the Argentine Northwest as a troubadour. He formed a duo with César Perdiguero, and became well known in the region during the 1940s. Largely self-taught, Falú deepened his knowledge of the guitar through study of the 19th century masters and was trained in harmony and theory by the prominent Argentine composer Carlos Guastavino.

His increasing renown brought him t…Read more on Wikipedia

Work of Eduardo Falu in the library