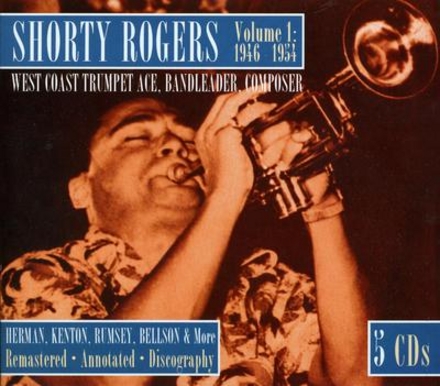 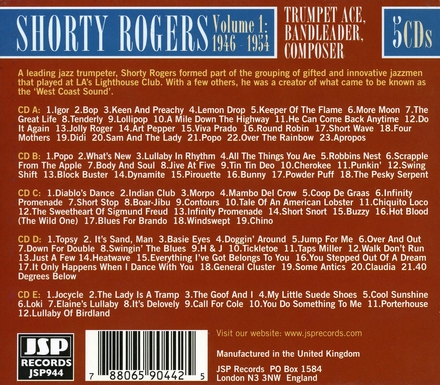 Milton "Shorty" Rogers (born Milton Rajonsky; April 14, 1924 – November 7, 1994) was one of the principal creators of West Coast jazz. He played trumpet and flugelhorn and was in demand for his skills as an arranger.

Rogers worked first as a professional musician with Will Bradley and Red Norvo. From 1947 to 1949, he worked extensively with Woody Herman and in 1950 and 1951 he played with Stan Kenton.

On June 7, 1953, Rogers and his orchestra, including Johnny "Guitar" Watson, performed for the famed ninth Cavalcade of Jazz concert at Wrigley Field in Los Angeles, produced by Leon Hefflin, Sr. Also featured that day were Roy Brown and his Orchestra, Don Tosti and His Mexican Jazzmen, Earl Bostic, Nat "King" Cole, and Louis Armstrong and his All Stars with Velma Middleton.

From 1953 through 1962, Rogers recorded a series of albums for RCA Victor (later reissued on RCA's Bluebird label),…Read more on Wikipedia

Work of Shorty Rogers in the library 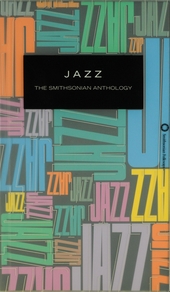 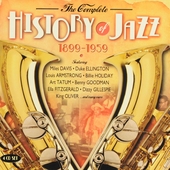 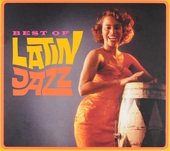